As events unfold involving injustices toward minority individuals I have observed a pattern of what I call unrighteous responses to the aggression and perceived injustice in our world.

Is it right to shoot an unarmed Black child? No! Is it right to see shooters go unpunished in seemingly clear cases of murder? No! But help me understand why the response to this is to go home and burn down my own neighborhood. If I am angry with you, why do I destroy myself?

It’s been said that “bitterness is the poison you take in hopes it will kill someone else.” News flash people – it does not work!

Let me be clear, I am NOT advocating that when folks have a beef with City Hall or the local Police Department that they march down to City Hall or the PD and attempt to burn the building down. But let’s look at why the response of destroying property in my own allied areas.

I read about this phenomenon in “Blood Done Signed My Name” by Tim Tyson. Tyson’s book covers riots in Oxford, NC in the 1960s. We saw it on the news in the LA Riots, we’ve seen it in Ferguson and most recently in Baltimore with the burning of a neighborhood CVS pharmacy.

So why do rioters destroy their own stuff? I believe the issue is he feeling of powerlessness and a lack of training in self-control.

As a child, were you ever disciplined by your parents to the point you saw red. You simply could not believe that mom or dad would do and/or say such a thing to you! So you go to your cell, errr… bedroom that is and pout. While there you get a great idea. “I’ll show mom, I’m going to take this red Crayola and mark up my bedroom walls! In fact, when I’m done with that, I’m going to take the scissors and cut a big chuck of my hair out too!”

Question; why can many of us relate to this rather than something like, “I’m going to march into mom and dads room and take a stick and wack them both like a game of wack-a-mole! “ Or worse, “I’ll get a couple of friend together and we will devise a plan to shot them or blow up their cars.” Fortunately, most of us are not sociopaths and do not inflict such violence on the ones who “wronged us.” But aside from the grand immorality of it all – why not? I believe it is because we are not so empowered. I do not feel free to exact revenge and violence on my parents. They are in fact my parents. And somewhere in my sub consciousness is a still voice that says I’m supposed to honor my father and mother.


So since I cannot hurt them, I’ll do the next best thing and hurt me.  Frustration and outrage will find an outlet.


I am reminded of the story of Eartha Kitt’s visit to the Johnson White House in 1968. In her conversation with Ladybird Johnson, Ms. Kitt (the hands down best Cat Woman in the Batman TV series) addressed the issue of the ongoing youth protest. She had been invited to the White House luncheon and was asked by Lady Bird Johnson about her take on the Vietnam War. She replied: “You send the best of this country off to be shot and maimed. No wonder the kids rebel and take pot.”

During a question and answer session, Kitt stated: “The children of America are not rebelling for no reason. They are not hippies for no reason at all. We don’t have what we have on Sunset Blvd. for no reason. They are rebelling against something. There are so many things burning the people of this country, particularly mothers. They feel they are going to raise sons — and I know what it’s like, and you have children of your own, Mrs. Johnson — we raise children and send them to war.” Her remarks reportedly caused Mrs. Johnson to burst into tears and led to a major derailment in her career.

So, yes destroying your own property is an unrighteous response to legitimate injustice.  I see that, but what do we do?

Now for my second point – self-control.  I believe we have lost a few lessons of history. In March of 1930 The Dandi March, (a.k.a. the Salt Satyagraha) began. It was an important part of the Indian independence movement. It was a campaign of tax resistance and nonviolent protest against the British salt monopoly in India. The Salt March to Dandi, and especially the beating by British police of hundreds of nonviolent protesters in Dharasana, received global news coverage. The use of such nonviolent protest found its way to America when it was employed by Martin Luther King, Jr. Lames Bevel, and others during the civil rights movement in the 1960s.

You see, during the days of the civil rights movement, young men and women were trained to expect violence and to endure it, and meet it with a response that would touch the humanity of the oppressors. When white people saw the 6 o’clock news and images of white cops with water hoses, dogs, and sticks attacking unarmed black men, women and children – it disrupted dinner and the conversations started about why is this happening?

A righteous response goes right to the humanity of those perpetrating the injustice.

A righteous response is rooted in the lessons my grandmother taught me. Lessons like, respect for authority and what we now so often refer to as BMC. These “rules” were passed on to us to keep us alive so we could live to fight another day. It troubles me that so many today seem to have abandoned these basic teachings. Or is it that my generation has failed to teach them? Sadly I feel the answer may be the later. Let’s bring back the days when older folk were listened to and respected and we all welcomed the opportunity for true power and training in self-control. 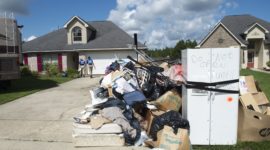 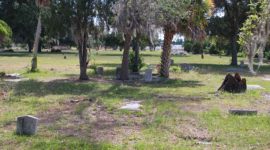 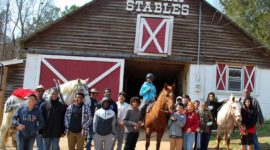 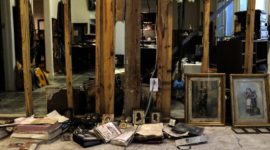